RIYADH: The UAE’s banking sector continues to improve its performance, with 10 of its top banks recording over 15 percent growth in their profitability during the third quarter of 2022 as they booked higher interest income, a research report by global professional services firm Alvarez & Marsal revealed.

In its UAE Banking Pulse, released for the third quarter of 2022, Alvarez & Marsal noted that these banks’ aggregate net interest income surged by 12.2 percent quarter-on-quarter despite a slowdown in loans and advances growth.

This helped banks improve their net interest margins which increased by 18 basis points on a quarter-on-quarter basis. This positive performance was supported by higher credit yield on the back of rising benchmark rates. All these have had a positive impact on banks’ asset qualities which improved as non-performing loans/loans and advances fell by 0.2 percent to 5.5 percent during the quarter, it said.

The report further noted that the growth in loans and advances was marginally up by 0.7 percent, while deposits increased by 5.2 percent in the third quarter.

While interest rate increases in the third quarter have positively impacted banks, Alvarez & Marsal noted that the impact on borrowing was more subdued, despite positive economic activity in the Gulf Cooperation Council Countries. This comes as the International Monetary Fund revised its UAE gross domestic product forecast upwards from 4.2 percent to 5.1 percent in October 2022.

The report added that banks reported higher profitability as return on equity improved by 1.3 percent quarter-on-quarter to 15.1 percent and return on assets improved by 0.1 percent to 1.7 percent during the quarter.

He added that the third-quarter earnings momentum gathered pace with elevated margins, and asset quality pickup: “We expect the improving trend to continue in the fourth quarter, but remain cautious of the effect of higher rates on retail and corporate borrowers.”

FAB, which reported the highest increase in deposits of 15.1 percent to 746 billion dirhams ($203 billion) in the third quarter, led the UAE banks’ customer deposit growth.

In the third quarter, the UAE banks’ aggregate loans and advances increased by 0.7 percent while the deposits for the top 10 banks grew by 5.2 percent. Consequently, the loan-to-deposit ratio slipped 3.5 percent quarter-on-quarter to 78.9 percent, the report noted. 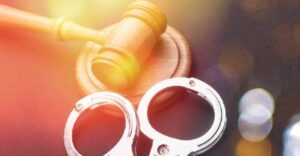 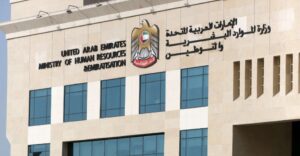 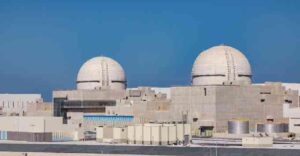 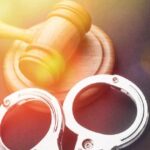